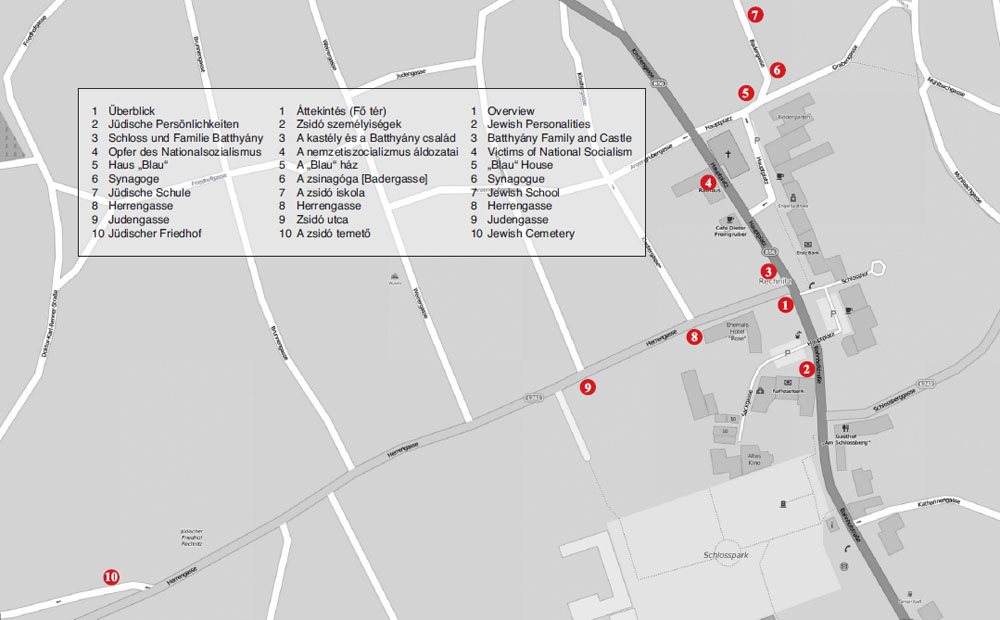 Jews have probably lived in Rechnitz since as early as the 15th century. With the oldest written reference dating back to 1676, the Jewish community of Rechnitz is thus the oldest in Southern Burgenland. At its height in the first half of the 19th century, it had around 850 members. In the 1870s, the Jewish community began to shrink, due to continuing migration to economically more attractive regions and cities. In 1938, 125 Jewish men and women were still living in Rechnitz. All of them were expelled or deported by the Nazis. Most of them were murdered.

With the help of 10 information boards, the Commemorative Path of Rechnitz allows locals and interested visitors of the region to walk through and get to know places of former everyday Jewish life.