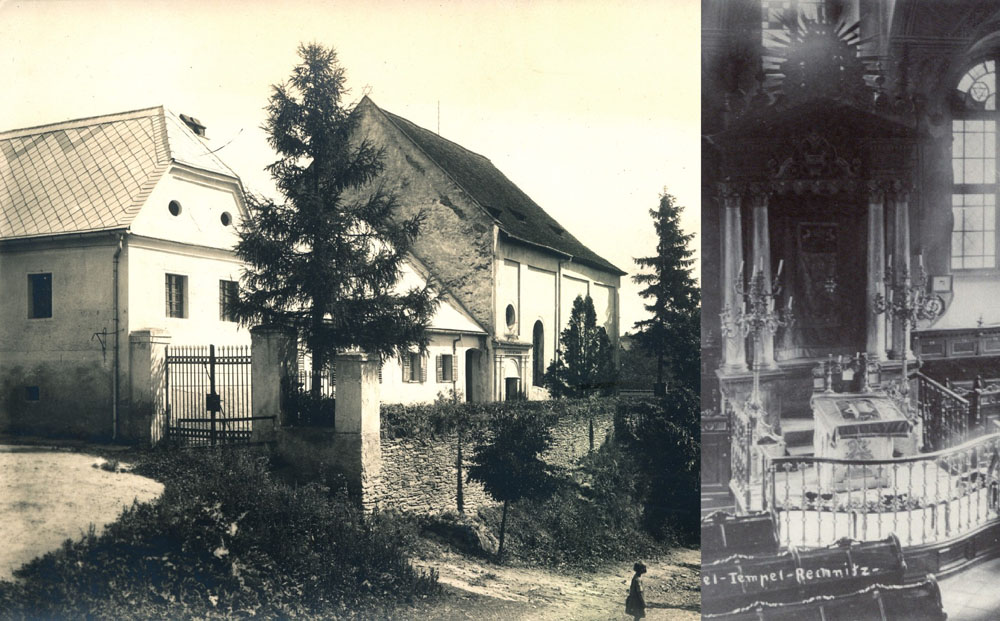 We can assume that a synagogue or prayer house stood in Rechnitz as early as 1649. The synagogue, commissioned by the Batthyány family and bought by the Jewish Community in 1707, was situated free-standing on a hill opposite the Catholic church. In 1718, an impressive baroque rebuilding was finished, with room for 400 people. In 1834, the synagogue was once more enlarged, and renovated in 1864. Valuable cult objects such as antique silver chalices, a silver Torah crown, a Torah curtain from 1649 and Torah shields from the 17th and 18th centuries, are evidence of the Rechnitz Community's distinction. During the NS period, the building was not destroyed but used for various recreational activities. After 1945 it was converted to a fire station (used until 1997), with private apartments on the upper floor.

In 1990, the town's council had a memorial plaque attached to commemorate the Jewish community of Rechnitz. Owing to the commitment of dedicated citizens and initiatives, the plaque was ceremoniously unveiled in November 1991. Since 2009, three glass plates designed by students of the Bundesgymnasium Oberschützen symbolize the demise of the Jewish community.